Sailboat Racing and Building a Business: Intro and Prep (Part 1 of 5)

Some of you know I am an avid sailor – and more specifically love long distance sailboat racing in the ocean.  Having been racing sailboats for 40 years, I have learned a number of lessons and rules of thumb that I see many successful entrepreneurs also using.  At risk of this coming off as hubris, I’ll be sharing these lessons with you over the next few posts – using lessons from successful sailboat racing as applied to successful business.

The Pacific Cup is held every two years – even numbered years.  From 45-70 sail boats in several divisions (7-10 boats per division) race the 2070 nautical miles (1 nautical mile = 1.12 statute miles) from San Francisco to Kaneohe Bay (Oahu, Hawaii).  I have done this race 12 times on a wide variety of boats from 24 to 73 feet in length and with crew sizes that varied from two people (“double handed”) to fourteen people.  It is typically a 10-13 day passage that starts with a few days of “big wind and waves” and then a week plus of “running” downwind with the spinnaker up.  Envision several people locked in a small room with a great view for almost two weeks - with the stereo blasting 24 hours per day – and a bucket of water thrown across the room every few hours. And the room is moving like in a strong earthquake.   After close to two weeks of this, one gets a week on land spent mostly preparing the boat for the return trip, and then one gets back on the boat for the 16-19 day mostly upwind “beat” home. 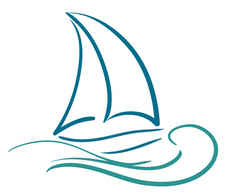 You don’t win races if you are not prepared – more prepared then your competition – preparation as a source of competitive advantage.  For the race to Hawaii, I am almost continuously preparing – since first acquiring Green Buffalo.  I bought the boat knowing I wanted to be competitive (starting with a solid competitive foundation) and then restored and continually upgrade and fine tune to make it ever faster.  In this year’s PacCup, I spent the last few months sailing with the crew, analyzing weather patterns, and fine tuning equipment – while most of the competition was scrambling to get the “basics” ready for the race.

As with sailboat racing, you need to be thoroughly prepared - the “basics” must be a given - so you can focus on how to improve.  Once in a while someone unprepared gets lucky and wins a race – but over time the best prepared win consistently.