Sailboat Racing and Building a Business: The Unexpected and Sleep (Part 5 of 5) 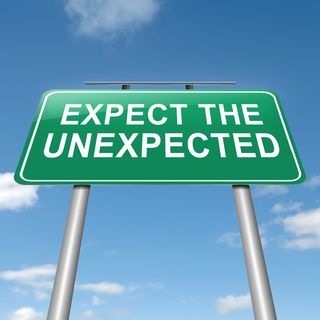 In a long race, despite all the careful preparation, things will go wrong – equipment will break, crew will get sick/hurt, weather will change unexpectedly, and crew morale will start to sag.  Facing obstacles with a smile – and directness – is the way forward.  Face the obstacles, have a plan to work around or through them, get the crew involved with the solution, and keep working it with a smile and a sense of humor.  If the skipper’s emotions are “down” the whole crew feels it and conflict and disagreements are going to happen.  If the skipper is “up” and clearly in command, the crew feels that too – and works together as a team to address the unexpected.  This can get really hard in a race with a defined end when one finds oneself in a position where one cannot ever recover – such as breaking a mast or being too many miles behind to catch up.  That is the real test – keeping the crew motivated and positive when the die is cast.

Business has no “end point” like a race so one can always look to the better future – though at times when the better future is too far off, it can feel like there is no light at the end of the tunnel.  Leadership is very much about showing and spreading hope and direction.  Leadership is rarely about working harder – and more frequently about getting the team to work smarter or when it’s tough, looking longer term (we took a third place in the 2012 PacCup… but will be back in the future pursuing that elusive first place).

Sleep is a Weapon

Crossing oceans is a long distance long term activity.  Winning races across oceans means pushing the boat hard for days on end – and making good decisions day after day for weeks. Tired worn out people (skipper or crew) cannot push the boat hard – and make poor decisions.  Poor decision’s leads to equipment damage and more lost sleep – which leads to more bad decision and more lost sleep – in an ever tighter death spiral.  Absolutely no fun.  It’s so important  to FORCE people to sleep when they are off 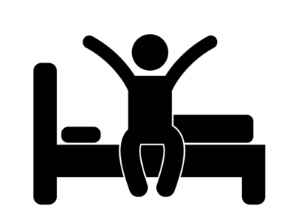 watch (we have three watches, two people per watch, each person is on deck working 2 hours and then gets 4 hours “off” to rest/sleep/eat).  Crew that doesn’t get their sleep makes mistakes in judgment, are in danger of crashing the boat, may hurt themselves or others mishandling lines – and are likely no fun to be around.

Work is very much the same.  People need to rest and recharge.  Tired and worn out staff make mistakes and are likely unhappy (which is infectious).  People cannot be expected to work 110% all the time.  Planning for people to work 100% all the time is a fool’s errand – as the unexpected happens and one needs planned “slack time” – both to recharge and to have some “extra” to give when the unexpected happens.

In sailboat racing the Kiwi’s (New Zealanders) are known for giving 110% day in and day out.  They win a lot of day races and short 2-3 day races – sprints – but rarely around the world.  The French are the perennial champs of sailing around the world (crewed and shorthanded).  They have learned the value of sleep and pacing oneself.  They understand to get around the world is a marathon and to win you need to finish.  To finish means pushing the boat and themselves only 90% much of the time so they have “something extra” when the going gets tough – like racing across the southern ocean in 40 knots of wind and 30 foot seas for weeks on end.

Business is a marathon.  Winning at business this month, this quarter or this year is not nearly as important as winning over a long period of time – such as 3 to 5 years.  So pace yourself.  Save something extra for when you really need it.

On the lighter side…

After the race, sailing the boat home is a great way to recharge from two weeks of 24x7 racing and a week of rushed boat preparation for the voyage home.  I always choose “new” or “inexperienced” crew for the trip home.  The 17 day passage is a great time to relax and really get to know people in a deep way – like the way you know your neighborhood and school friends when you were younger – but as adults we rarely if ever have the opportunity to do. This doesn’t have a direct corollary to business – except maybe the value of occasionally taking the time to get to know your fellow team members – and partners – better (one of the reasons I like to put up team members, partners and staff in my mother-in-law apartment for a few days from time to time).