Successful Desktop Developers Failing to Make the Transition to Cloud and Mobile – Part 2 of 3: Starting Over

You need to understand what the business model is before investing what can be hundreds of thousands of dollars creating these new cloud and mobile solutions.  Right?  Of Course!

You need to go back to the beginning – when you started your business and you weren’t even sure your software had real value and if people would pay for it.  Never mind how much they would pay for it.

Autodesk originally sold AutoCAD for $1000 and quickly determined the price was too low – and a lot of money was being left on the table.  Then AutoCAD was sold in 3 different variations - $1000, $2000 and $3000.  It took Autodesk 6 years to determine the optimum offering was a single product at $3000 per copy.  Do you recall when AutoCAD was sold in its largest market at the time – the United States – with no license protection?  Today that sounds crazy – but at the time it was a competitive advantage that laid a foundation for AutoCAD becoming the drafting standard around the world.  Applying the prior generations of pre PC technologies licensing approaches to the new PC world was a mistake – a mistake more than a few established companies making the transition to PCs made.  One needs to recognize the new Cloud and Mobile paradigm is different – many of our business “reflexes” built up over the last 20 years with desktop software are likely “wrong”.

So what to do?  How does one build a new business leveraging Cloud and Mobile?

We are surrounded by successful examples in the Business to Consumer world.  Google was in business for a few years before trying to make any revenue.  It was several years before it became clear their business model was all about advertising – tapping into marketing budgets.  They had no idea they were going to make money by selling advertising for the first few years – never mind how much money they should sell advertising for.  And you know, Google sell’s advertising differently - primarily through on-line auctions – completely different then how advertising was sold in the past.  Imagine their competitors in the early day when the advertising firms didn’t know a search engine could become a competitor for advertiser dollars.  Never mind they totally differently advertising sales paradigm. 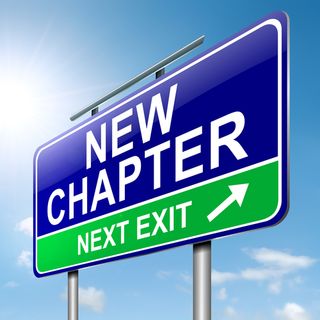 The point I am making is one cannot just create a business model as an intellectual exercise to prove you should invest in new business area.  You need to step back to when you first started your business and didn’t know if, when and how customers would pay you money for your software.  You built it, and were pleasantly surprised to learn people would pay for it – and then sorted out what the value is and what you could charge people for your software.

It’s time to do that again.